With a focus on the latest NFL Draft class, 2022 Panini Origins Football continues the familiar card brand for another year.

Hobby boxes include one Jumbo Rookie Jersey Autograph card along with one additional autograph and one relic.

Up first, 2022 Panini Origins Football highlights top league stars in the 100-card base set, which works in several parallels. 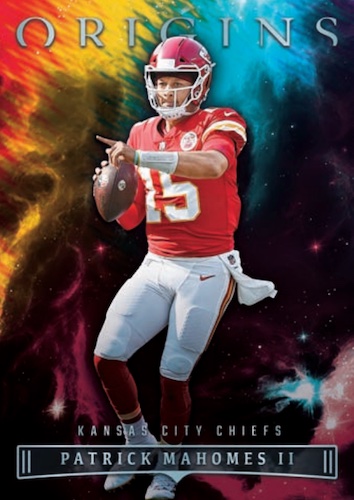 Each box should have two base cards and two parallels.

The Rookie parallels are exclusive to International Blasters. 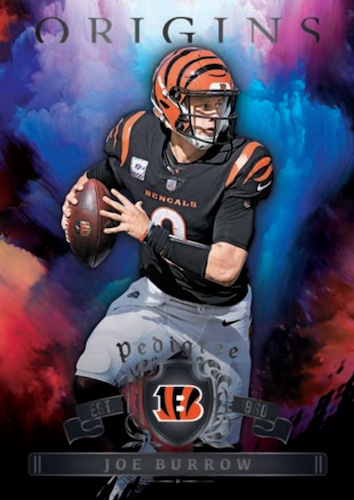 As usual, the 2022 Panini Origins Football checklist is mainly fueled by hits. Rookie content is very prevalent, including Rookie Signatures (#/99 or less) and the on-card Rookie Autographs line.

Rookie Booklet Patch Autos is home to another batch of on-card signatures. 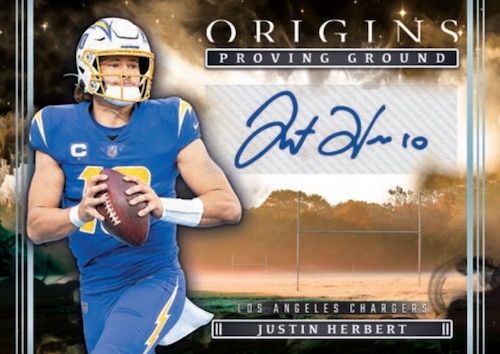 30 TOTAL SPOTS EACH SPOT HAS A COMBO OF NFL,NBA AND MLB TEAMS. ANY OTHER SPORT WILL RANDOM TO THE BREAK LIST 1 JERSEY BOX FROM OUR...