PICK YOUR TEAM - CHARGERS/BENGALS FILLER BEFORE THE BREAK

While the number of NFL sets seems to increase every year, 2020 Panini Contenders Football remains a consistent favorite. This is largely due to the long-running Rookie Ticket line.

Continuing the Season Ticket series, the base set in 2020 Panini Contenders Football offers 100 of the top players in the league. 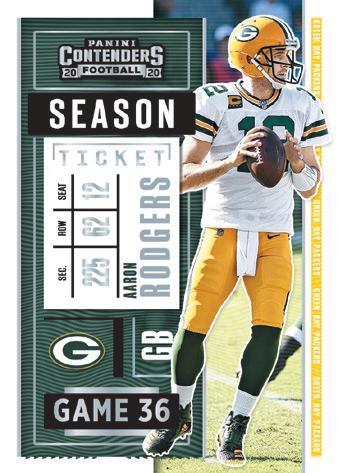 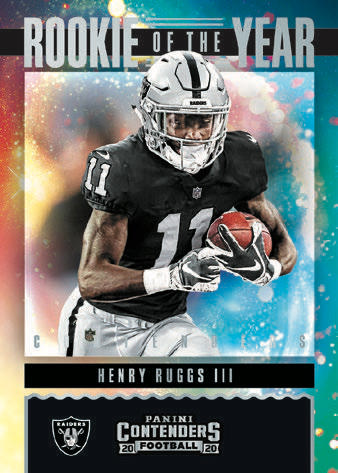 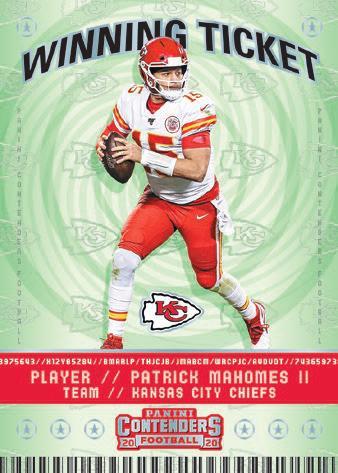 However, the main appeal is the Rookie Ticket autograph subset in 2020 Panini Contenders Football. The on-card Rookie Ticket RPS set is the preferred option for many rookie collectors, especially the limited parallels and image variations. 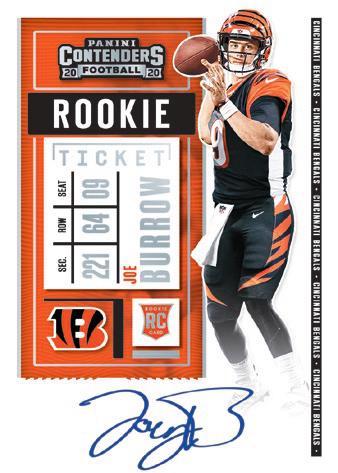 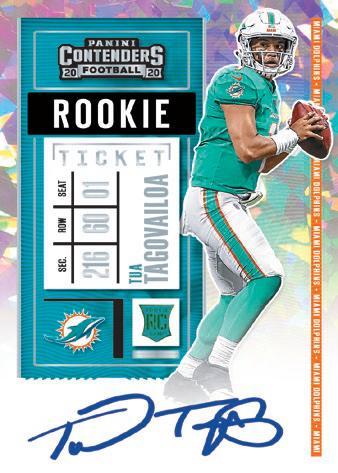 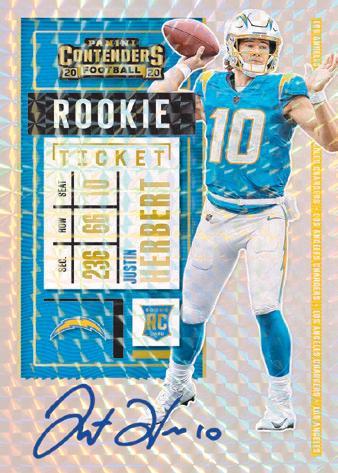 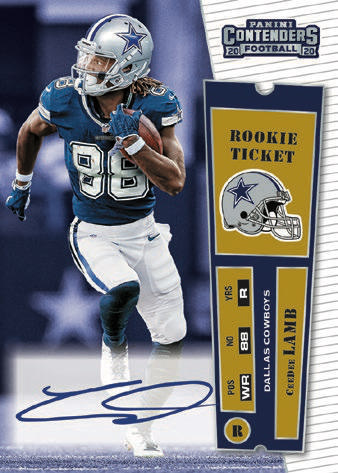 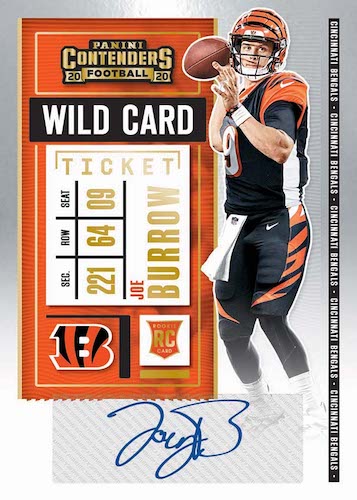 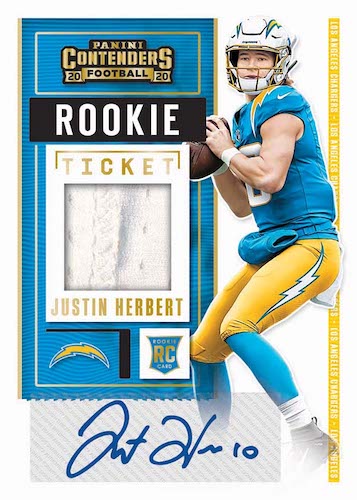 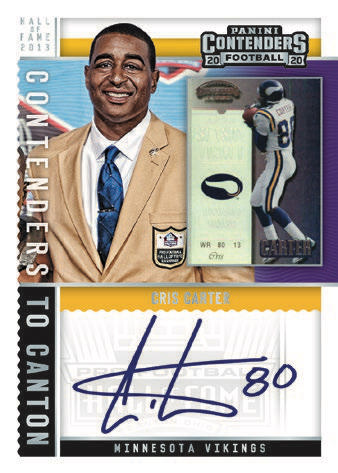 ZION/ GRIZZLIES  FILLER BEFORE THE BREAK - PELICANS WILL BE SOLD WITHOUT ZION --- $5K  One of the first high-end sets of the NBA collecting season,...