2019 Panini Playbook Football opens a new chapter on NFL cards. Each Hobby box has four hits with one being a booklet card.

In 2018, there was also a fairly large Retail aspect with a full base set and standard inserts not found in the Hobby version. It appears that this is the case for 2019, as well.

Displaying minimal design changes from 2018, book cards dominate the 2019 Panini Playbook Football checklist with their massive size and frequency. In fact, three out of every four Hobby boxes contain a hard-signed Rookie Playbook Jersey Autograph booklet numbered to 249 or less. 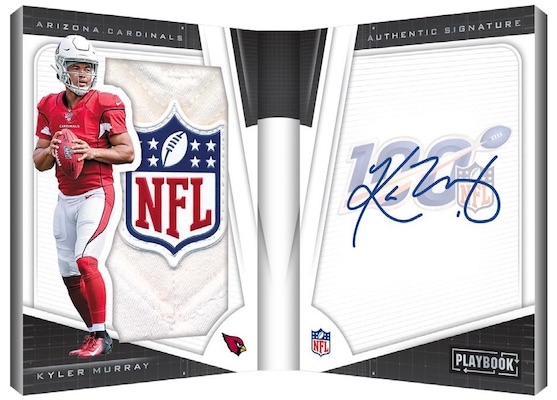 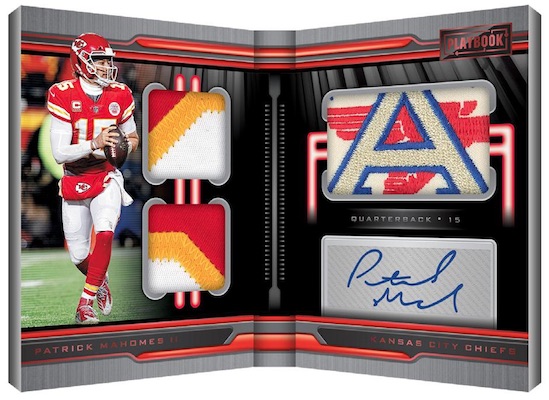 Both sets come in multiple parallels noted below.

Other book card options include Vault Tri-Fold Jersey Autographs (#/25 or less), with the eye-catching 10-relic booklet cards printed on acetate.

Rookie Signature Locker (#/10 or less) is another multi-relic set to track down. 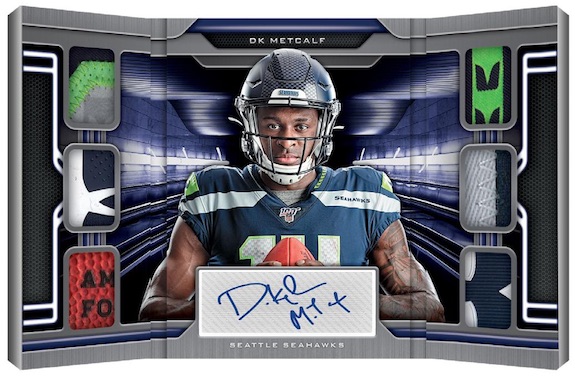 There's also the four-subject Front 4 Signatures Booklet that combines autographs and swatches for a quartet of standout players from the same team. 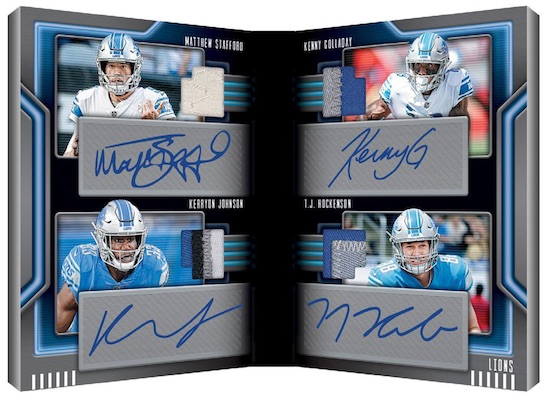 Of course, it's not only book cards to be found in Playbook. The Hobby-only Rookie Signatures cards come in a variety of parallels. 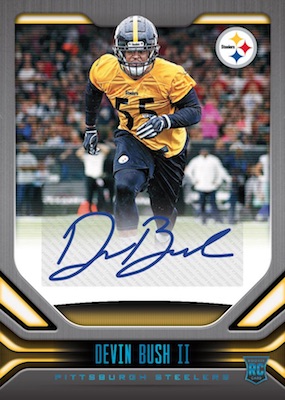 All those cards and we still haven't made it to the relics in 2019 Panini Playbook Football. Among the more striking inserts, Rookie Jumbo Memorabilia Booklet (#/49) features 40 first-year players and multiple parallels, including Prime (#/25) and Nike Swoosh (#/2), as well as the one-of-one Complete Logo, Gloves, NFL Shield, and Leather NFL Shield versions. 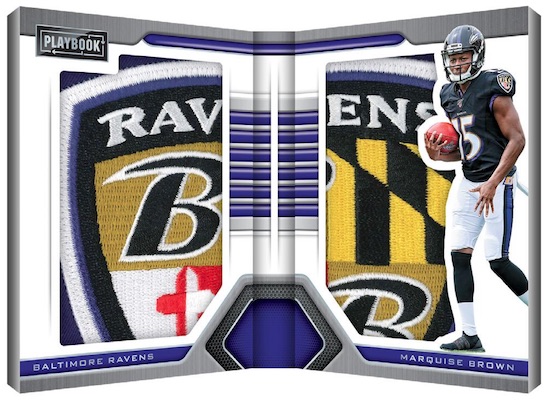 Showcasing a horizontal booklet orientation and action images, Game of Inches (#/25 or less) captures the excitement of the game.

In addition, team collectors can check out Nexus Tri-Fold Jumbo Jerseys (#/25 or less).

There are also Armory and Red Zone Prime memorabilia booklets.

These are mock-up images and not final cards. Designs and contents are subject to change.

PICK YOUR TEAM - CARDINALS / PATRIOTS SERIAL # FILLER BEFORE THE BREAK  Looking to spend four figures on a box of NFL cards? 2019...

ZION/ GRIZZLIES  FILLER BEFORE THE BREAK - PELICANS WILL BE SOLD WITHOUT ZION FILLER - $1800 One of the first high-end sets of the NBA collecting...