PICK YOUR TEAM - CARDINALS FILLER BEFORE THE BREAK

For many 2019 NFL collectors, it doesn't get any better than 2019 Panini Contenders Football. And, at the forefront, the popular Rookie Ticket autographs generally command the most attention.

Sticking to the 2018 format, each Hobby box has five autographs and one of these should be hard-signed.

In addition to the expected Season Ticket base cards, 2019 Panini Contenders Football inserts include Legendary Contenders, MVP Contenders, Rookie of the Year Contenders, Round Numbers and Winning Ticket. Inserts combine to fall one per pack. 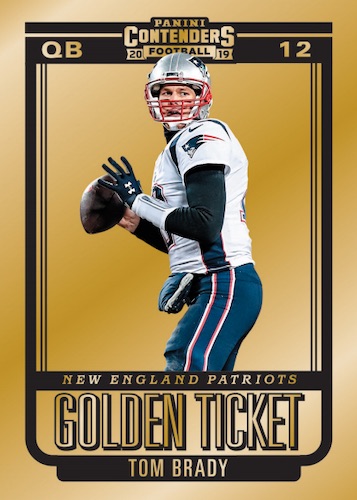 As mentioned, the 2019 Panini Contenders Football checklist revolves around the Rookie Ticket cards. 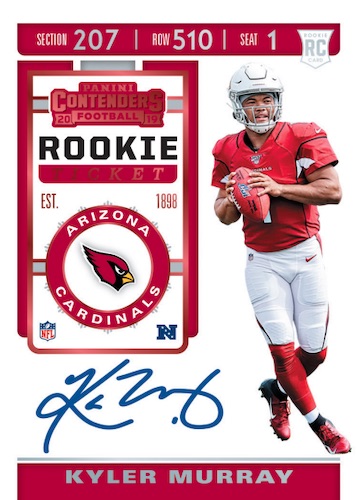 The Rookie Ticket RPS autograph line features many of the key first-year names with on-card signatures and multiple Ticket parallels. 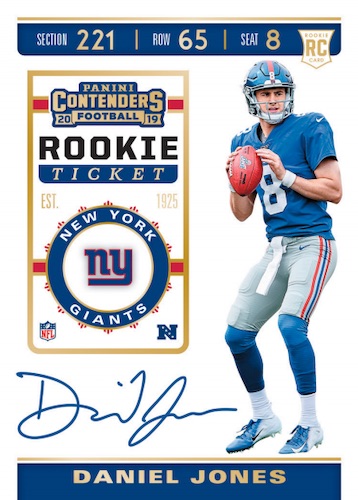 Another staple of the brand, collectors can find Rookie Ticket Variations with "unique design elements and unique photography from the standard Rookie Tickets."

While the Ticket cards are largely associated with rookies, 2019 Panini Contenders Football makes room for more players via Veteran Ticket autographs. These have the same parallels as the Rookie Ticket cards except for Clear Ticket. 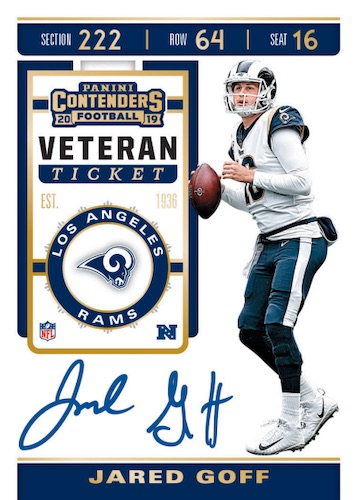 Contenders to Canton (#/20 or less) displays an early Contenders card alongside an autograph and an image of the player's Hall of Fame enshrinement. 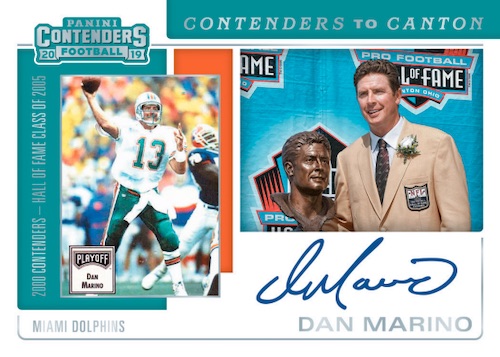 PICK YOUR TEAM 2019 Panini Playbook Football opens a new chapter on NFL cards. Each Hobby box has four hits with one being a booklet card....

PICK YOUR TEAM - YANKEES SERIAL # FILLER BEFORE THE BREAK Like National Treasures on steroids, 2019 Panini Flawless Baseball is normally the highest of the...